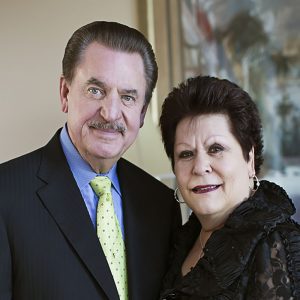 Reverend Phil Privette has been a pastor and teacher of the inspired Word of God for over fifty years, delivering the message of victorious Christian living. His anointed preaching is followed by signs and wonders as he operates in the gift of faith.

Reverend Privette attended Carter Bible College in Goldsboro, North Carolina. In 1973, he was called to pastor, and pioneered Westside Assembly of God in Rocky Mount, NC. In 1980, he resigned that pastorate to attend Rhema Bible Training Center in Broken Arrow, OK. After graduating from Rhema in October of the 1981, he pioneered Victory Life Church with one family in attendance. He served as State Director of Virginia for the RHEMA Ministerial Association International. Reverend Privette is Ordained under Kenneth Hagin Ministries.

Reverend Privette is full-time Pastor and speaks frequently at various campmeetings, special functions and abroad. He currently can be heard on WYCS Radio, 91.5 FM on the Words of Victory radio broad-cast. Phil and his wife, Barbara, have been married for 58 years and have two sons and five grandchildren.